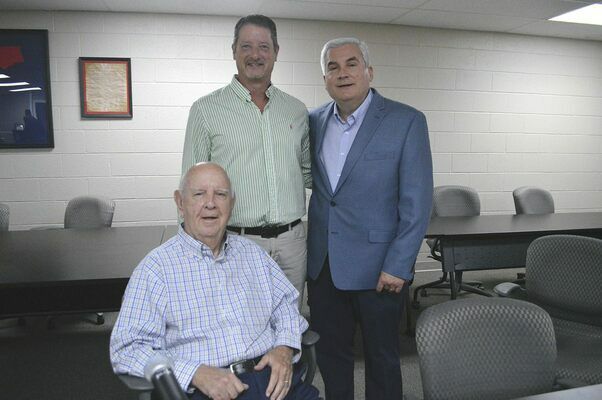 “I thought for a long time, after I had suggestions to consider running. While I will always do what is best for Obion County as a whole, I will also strive to made sure voices in the First District are heard,” Mayo said.

Mayo has been a resident of South Fulton for over 50 years, and is a 1984 graduate of South Fulton High School. He began his business, Mayo’s Body Works, in South Fulton in 1989, and continues its operations today at the Broadway location, after having relocated from the original business address on East State Line, when more room was needed.

He was part of the first Parks and Recreation Board formed by the City of South Fulton, and then served one term as a South Fulton City Commissioner. During his term, he was among a group who coordinated and staged the South Fulton Barbecue On Broadway event.

He currently serves on the City of South Fulton’s Municipal Regional Planning Commission.

He is a member of the Fulton-South Fulton Rotary Club and is past Rotary Club Chair of the Banana Festival’s Rotary Car Show. He has volunteered for many years as a little league coach for his six children and currently assists his son as a coach on one of his six grandchildren’s little league football team. He and his wife, Brandi, will also be welcoming another grandchild in early 2023.

Mayo also enjoys drag racing as a hobby, and is now in the construction phase of a drag racer, which he will drive.

“I want to thank the people who voted for me, and trusted me with this position. I appreciate the confidence placed in me. I look forward to serving everyone in District 1. I will do my best to listen. My goal is to arrange for a time to hold a town hall meeting, to give residents a chance to share their ideas and concerns,” Mayo said.

Mayo’s first Obion County Commission meeting will be Mon., Sept. 19 at 9 a.m. in the County Mayor’s Office in Union City. The meetings are open to the public.