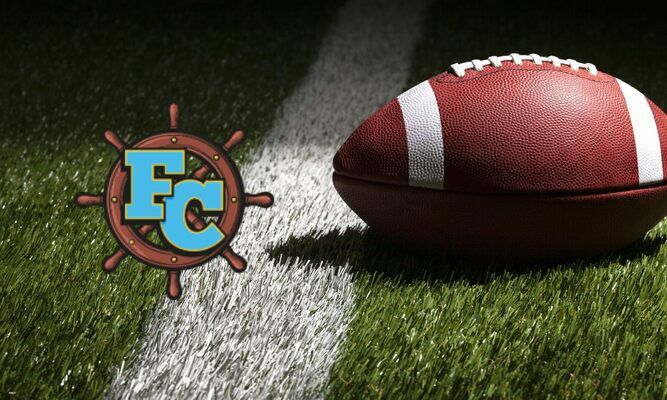 The Fulton County High School Pilots traveled to Murray, Ky. in search of their first win of the season against the Calloway County Lakers Sept. 2. Behind four passing touchdowns and two rushing touchdowns by quarterback Max Gibbs, the Pilots came away with a 44-28 victory, avenging a 42-6 loss last season to the Lakers.

The Pilots jumped on the Lakers early, as Gibbs found Caden Kimble on a 32-yard passing reception for a touchdown on their opening possession less than two minutes into the game.

The Lakers would fumble the ball on their subsequent possession, leading the way for the Pilots to find the endzone again on a seven-yard run by JShon Jones to go up 12-0.

A 50-yard passing touchdown by the Lakers would cut the Pilots’ lead to 12-7, however, the Pilots would quickly answer as Gibbs would throw his second touchdown of the opening quarter, connecting with Jones to put the Pilots up 18-7.

The Lakers would threaten to score before the end of the first quarter, however, the Pilots’ Kalon McCauley would intercept a pass at the goal line to end the first 12 minutes of action.

To start the second quarter, the Pilots would march down the field after the Lakers’ turnover and score once again, as Gibbs would score from the one-yard line and the two-point conversion afterwards by TyAvious Isbell was successful with 8:24 remaining in the first half.

The Lakers would seize back some momentum back before the end of the half after converting on a fourth down with a 44-yard bomb, cutting the Pilots’ lead to 26-14 heading into the locker room.

After the halftime break, the Lakers would chew up the clock, holding the ball for over half of the quarter with their opening possession of the second half, resulting in a touchdown, cutting the Pilots’ lead to 26-21 heading into the final quarter.

However, Gibbs would once again answer, scoring from one yard out, followed by connecting with Kimble on a 41-yard pass to put the Pilots up 38-21 with 8:40 remaining.

The Lakers would make one last effort to make a comeback, as they connected on a 29-yard pass to cut the deficit to 10, but the Pilots would finally shut the door on any chance of a Lakers’ comeback as Gibbs threw his fourth touchdown pass to Jones on a fourth down with a little more than two minutes remaining.

Defensively, Jackson led the team with 11 total tackles, followed by Carson Oldaker with 10, including two for losses and one sack, Jones and Goodman with five each, David Allison, RuMarriez Westbrook and Isbell with four each, McCauley with three, Logan Griffiths and Kimble with two each, and Jason Mathews, Felix Jackson and Marcus Bond with one each.

McCauley also had one interception and one fumble recovery.

The Pilots improved their record to 1-2, and will return to Sanger Field looking to even up their season record against the Ballard Memorial Bombers Sept. 9. Kickoff is set for 7 p.m.