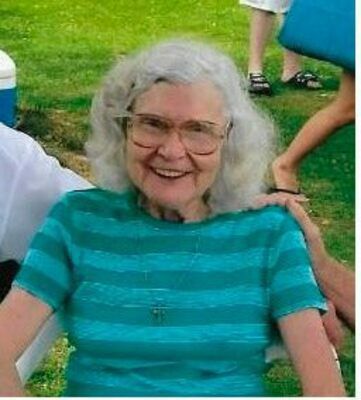 She was born on September 6, 1933 in Braddock, PA to the late John C. and Catherine Steinburn McLay.

Anna was a member of the Riceville Baptist Church and was a homemaker. She moved to this area in 1967.

two great grandchildren and a brother Johnny (Carol) McLay of PA and several nieces and nephews.

In addition to her parents, she is preceded in death by her husband Colvin McKinney, a daughter Ruthie McKinney and four brothers.

Funeral services will be held at 11 AM Monday, October 31,2022 in Fulton's Hornbeak Funeral Home funeral chapel with burial to follow in the Terrace Hill Cemetery. Visitation will be held at the funeral home from

9AM Monday until the hour of service. Hornbeak Funeral Home of Fulton is in charge of arrangements.