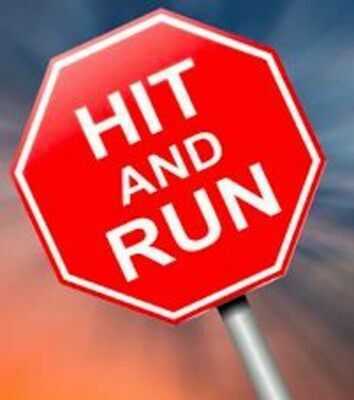 The Fulton Police Department responded to the Meadows Hotel on Commercial Avenue in Fulton on the night of Nov. 25, for a reported hit-and-run collision.

When officers arrived at the hotel staff advised the police that a maroon Ford F-150 had been traveling southbound on Commercial Avenue when the driver appeared to lose control of the vehicle and travel onto the elevated sidewalk in front of the Meadows Hotel, striking the arm rail and the building, causing significant damage to one of the doorways and windows.

According to witnesses, there were several customers within feet of the impact when the collision occurred.

After striking the building, the suspect vehicle then fled the scene traveling northbound on Commercial Avenue.

On Nov. 26 the Fulton Police Department received a tip about the location of a vehicle that matched the description of the suspect vehicle and it appeared to have damage to the front of the vehicle. The vehicle was found parked at a residence on Richard Avenue in Fulton and a portion of a concrete window sill was recovered that matched a broken window sill at the hotel.

The operator is identified as Brandon Morrow of Union City, Tenn. and he currently has active warrants for leaving the scene of a motor vehicle collision, and more charges may be brought at the conclusion of the investigation, which is ongoing, according to Fulton Police Chief Allen Poole.