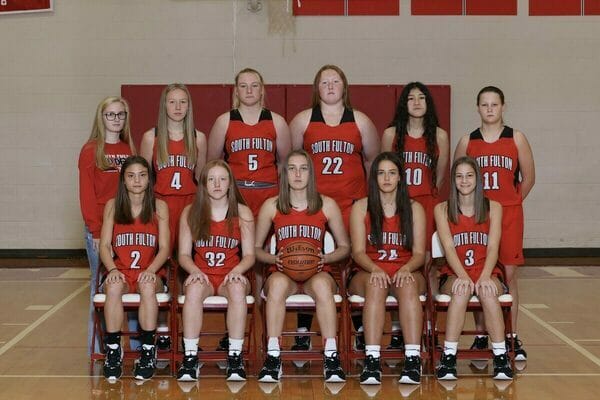 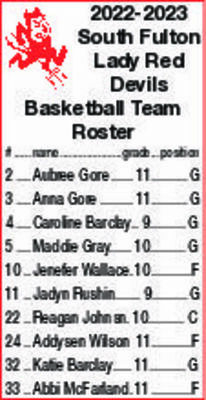 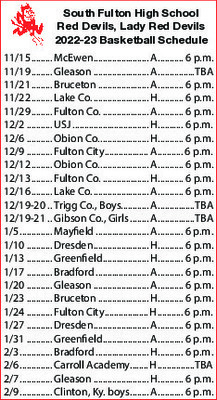 This season’s South Fulton High School Lady Red Devils basketball team will return eight players to the roster for the 2022-2023 season, four of whom started for last season’s team.

Maddie Gray, Abbi McFarland, Aubree Gore and Anna Gore held those spots last year, but according to longtime Head Coach Curt Lee, starters will change from night to night, depending on the opponent.

He said strength will be rooted in this year’s team’s guard play, which could only improve on the 14-12 record for the 2021-22 team.

With Lee counting on Aubree Gore and Maddie Gray to take care of the ball this year, he will also point to the pair as a source of leadership qualities to guide the Lady Devils.

“We have four to five girls who can shoot the 3 ball this year and any of them can get hot on any night,” Lee said.

In review of the schedule, the Head Coach confirmed the competition includes some good teams, but one could stand out.

“Dresden will be the strongest in the district,” he said.

Post play, Lee went on to indicate, will be a big factor.

“We will look for Addysen Wilson, primarily, along with others to help with that,” Coach Lee said.

“This year, we want to spread the floor more and play faster,” Lee added.