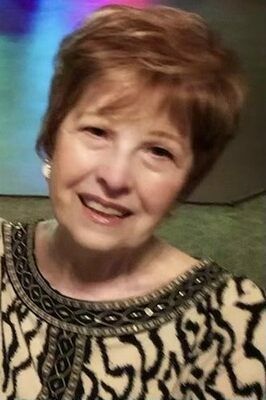 Rosalba Giovanna Paolillo White of Fulton, Ky. passed away peacefully at age 88 at Methodist Hospice Residence in Memphis, Tenn. on January 16, 2023, with her children by her side. She had previously been a resident of The Gardens of Germantown.

Rose was born in Salerno, Italy on October 31, 1934, to the late Alphonso and Letizia Paolillo. In 1955, she received her teaching certification from the Istituto Magistrale Statale Regina Margherita. She especially enjoyed working with children in preschool and primary school.

In 1962, she married the love of her life, Harry Dean White, and eventually settled in Fulton after his retirement from the Navy in 1971.

The love she had for children as a teacher in Italy remained strong in her heart, which inspired her to begin caring for children in her home in Fulton. For the next 34 years, Pupa, as she was affectionally known, greeted her “kids” at the back door with a smile, a well-stocked cookie jar and a kiss goodbye at the end of the day. She treated

each child as one of her own. Once you were one of Pupa’s kids, you remained so throughout high school, college and beyond.

For those who started a family of their own, she was there to help care for them as well. Rose had a generous, kind and caring heart and always made the time to listen to those who stopped by for a visit.

Many excellent meals and lively conversations were enjoyed around her kitchen table. Above all, Rose was deeply devoted to her husband, children and grandchildren. She was a special lady who captured the hearts of all who knew her.

Rose was preceded in death by her beloved husband of 57 years and her parents. She is survived by her two children Paula (Rob) Wagner and Patrick (Sarah) White; her seven grandchildren Jonathan (Rachel) Wagner, William Wagner, Caroline Wagner, Sofia White, Isabella White, Luca White and Giovanna White; her brother Mario (Maria) Paolillo; her sister Mrs. Richard Hartz and numerous nieces, nephews, grandnieces and grandnephews. She loved her family dearly and leaves them with many treasured memories.

Visitation will begin at 10:30 a.m. on Saturday, January 28, 2023, at Hornbeak Funeral Chapel in Fulton followed by a Funeral Mass at 12:00 p.m. at St. Edward’s Catholic Church in Fulton, Ky. Burial will be held in the Pleasant View Memorial Gardens.

The family would like to especially thank her caregivers at The Gardens of Germantown and Methodist Hospice Residence for their kindness and compassion.