South Fulton High School’s Red Devils accumulated 483 total offensive yards in the hard fought home field contest against West Carroll Sept. 9, to their opponent’s 320, but fell within one point of a win in overtime, 49-48.

Senior Conner Allen scored first in the first, on a 29 yard pass from QB Brady McFarland, answered by a 56 yard run from West Carroll’s Jay Long, plus a successful point after kick. At the close of the first quarter, the score stood at 7-6, West Carroll.

Allen had a total of 202 yards from 6 receptions, scoring in the second quarter on a 41 yard pass and again in the fourth on a 60 yard catch.

In the third quarter, South Fulton’s Dallas Whitehead ran in from five yards out, and came back in for the two point conversion. McFarland also found the end zone in the third, running six yards in, but the two point attempt was no good.

West Carroll’s Jaden Milton and Long both had touchdowns in the third, on a 38 yard run and a 52 yard run, respectively, with a two point conversion and a kicked extra point added in by the end of the quarter, rounding out to a 35-34 West Carroll lead.

In the fourth, Allen’s connection for South Fulton plus Whitehead’s two point run-in, following West Carroll’s two yard run by Milton and a one-point kick sent the game into overtime.

Both teams scored, West Carroll’s Milton on a three yard run, and South Fulton’s Whitehead on a two yard haul, but the extra point kick by the War Eagles sealed the deal for the visitors.

The Devils charted 18 completions on 27 attempts and the War Eagles made good on 3 of 6 passes, with one interception.

Connor O’Neal led the Red Devils in tackles with 6.5, plus intercepted a War Eagle pass.
Harley Nagel had 4 tackles on the night, and Luke Morris and Jacob Nagel had 3.5 a piece.

James Pergande and Dallas Whitehead had .5 each. 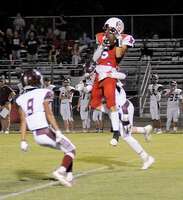 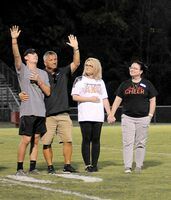 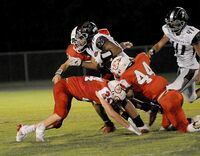 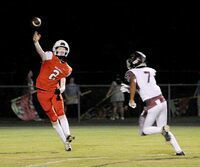 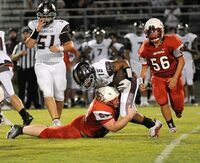 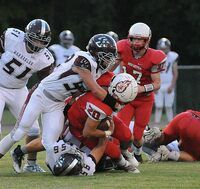 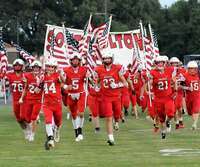