In their last home game for the 2022 regular football season, South Fulton’s Red Devils could not overcome a first quarter lead by visiting McEwen, losing the contest 50-24.

McEwen scored twice in the first, holding the Devils until the second quarter when South Fulton’s Dane Cirkles put six on the board and Jonathan Doss added the two point conversion, with a score at the half finding the visitors ahead, 26-8.

The Red Devils scored two more times in the third quarter, before a scoreless fourth quarter of play.

The Red Devils had 341 total offensive yards, to McEwen’s 519, with SFHS Quarterback Brady McFarland connecting on 12 of 30 passes for 185 yards on the night.

Red Devil Dallas Whitehead topped his team with 73 yards rushing in 22 carries for the Red Devils. Bryant Kimmons had 36 yards of rushing in 4 carries, McFarland had 21 yards in his two runs and Will Clapper had 16 yards in three rushes.

The visitors pushed ahead in the first quarter, 12-0, on a 46 yard run by Tommy Wills and a 35 yard run in by Marcus Carter. Neither attempt for the extra two was good.

McFarland connected on a 24 yard pass to Dane Cirkles in the second quarter, with Doss catching a two yard pass in the end zone from McFarland, with 4:06 to go before the half ended.

McEwen’s McLaughlin ran in from eight yards out in the second quarter, and Wills made good on the two point conversion. Wills continued his roll, in the second and third stanzas with a 16 yard and five yard run to the end zone.

The Red Devils regained some momentum in the third quarter with McFarland finding Conner O’Neal for a 68 yard pass and hitting Whitehead for the extra two, and then with 1:52 left in the third, Whitehead made a one yard run in, with McFarland finding Will Clapper on the receiving end of a pass for two more, as South Fulton still lagged behind, 42-24.

McEwen’s McLaughlin ran in from 18 yards in the third quarter for another TD, and in the fourth his team mate, Conner Dresden made a 27 yard run for six, followed by Wills adding in the two point conversion, for the 50-24 final. 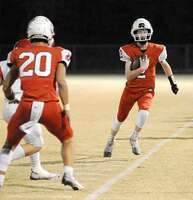 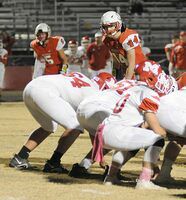 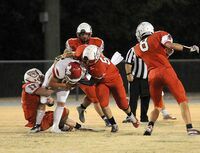 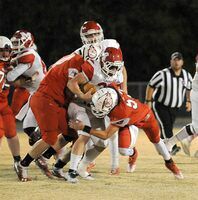 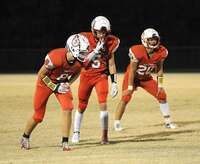 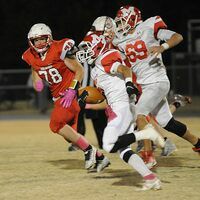