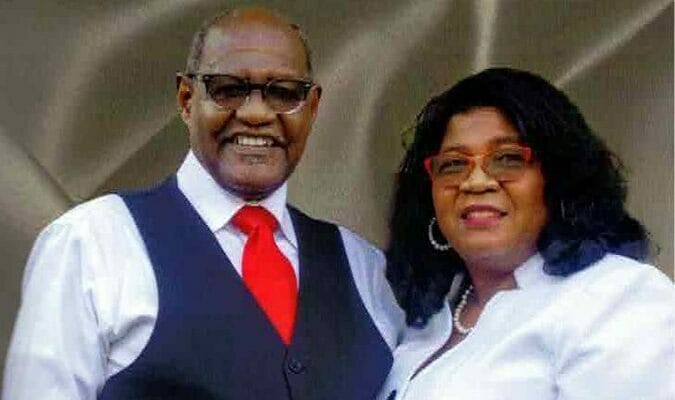 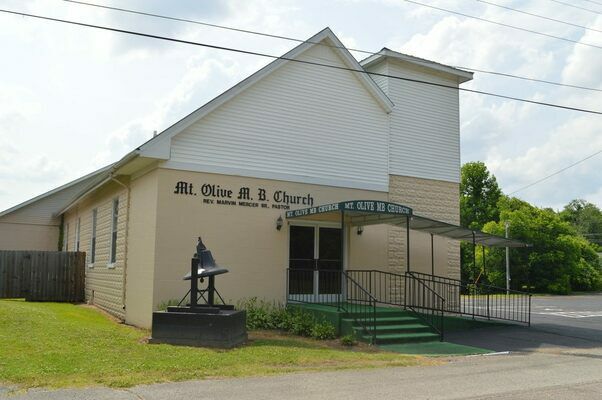 Statistics show, on the average, a Pastor remains with a church for approximately eight to nine years.

One local church made it quite clear June 5, their congregation and their Pastor were both far from average.

Rev. Marvin Mercer, Sr. and the congregation of Mt. Olive Missionary Baptist Church in South Fulton, celebrated 30 years together on Sunday with a full day’s activities to commemorate the 30th year since Rev. Mercer arrived at the Roach Street location of the near 130-year-old church.

“I remember asking God many times, when I first came here, why I was sent here. At that time, I feel like there wasn’t much here other than a Q-Mart,” Rev. Mercer said in an interview on Monday.

He had begun his ministry 13 years before, having come from Brownsville, Tenn. to serve the Mt. Olive congregation.

“I prayed day and night. It was a challenge. I just did not want to be here. Then finally, one morning, about 4 a.m., God woke me up. He said to me, ‘I sent you here. Accept it.’ And so I did. Once I did that, things just began to open up,” Rev. Mercer said.

In reflecting on his three decades of pastoring in the Twin Cities community, he has seen a number of changes.

“One change, is that I came here as a single man,” he said, as he glanced at his wife, Sherri Thomas Mercer, a South Fulton native.

Sherri, who is a retired educator, was working as a campaign manager for John “Pete” Algee, who was running for City Commissioner. It was during a gathering for that campaign, that Rev. Mercer met the woman who would become his “First Lady.”

“I think we both knew pretty quickly, there was something there. I will say this, I usually am not at all uneasy or nervous in groups of people. But that day, during the campaign, I was so nervous, when I met Marvin,” Sherri said.

The couple united in marriage soon after, and made their home together in South Fulton.

Major renovations have been made to the church facilities since Rev. Mercer first stepped into the little sanctuary. The fellowship hall and his office were also “compact”.

Another interesting feature of the sanctuary, was the location of the baptistry pool.

“It was under the pulpit! It used to make me nervous that Marvin would preach right over that baptistry pool,” Sherri said.

Rev. Mercer said a solid piece of oak covered the concrete pool beneath the pulpit, which could be set aside for a baptism.

Eventually, with the help of a church Trustee, William Rucker, who was a builder, and according to Rev. Mercer, also a visionary, plans got underway to incorporate the church parsonage, no longer used as the pastor’s residence, into the main church structure, using the added space for an enlarged fellowship hall, full kitchen, restrooms, classrooms and an office.

Next, as Rev. Mercer remembers, he set out to broaden and expand the youth programs offered, which at that time were somewhat limited. Then the Choir program was reconstructed and re-organized, with Rev. Mercer himself leading the congregation in hymns during the transition.

The combining of two church leadership roles, Deacons and Trustees, Rev. Mercer said, better served the church, and has been successful in maintaining harmony and growth through the years.

“Deacons, are in the Bible, whereas Trustees came along as a legal requirement, from the state. We were able to avoid any kind of differences between the two when we combined those roles,” Rev. Mercer said.

Additional property has been purchased by the church, to accommodate a black topped parking area and the interior walls of the main structure have transformed from dark paneling to bright sheetrock, with new pews and a beautiful Baby Grand piano now permanent fixtures in the sanctuary.

There have also been personal changes which have taken place at Mt. Olive since Rev. Mercer’s arrival, including Sherri’s journey to a Missionary Baptist Church from a Methodist upbringing.

“We were on a trip to the Holy Land. We had been married maybe two years or so. I was able to preach in the Sea of Galilee while we were there, from a replica of a boat, just like the ones used by the disciples when they preached. But the best thing is, when we were at the Jordan River, there were people being baptized there, immersed. So, my cousin and I, we baptized Sherri. I said, we need to put her under three times!” Rev. Mercer said.

As Sherri remembered, it was a true immersion baptism, which included a catfish swimming across the top of her head when she was underwater.

Throughout last Sunday’s celebration to mark Rev. Mercer’s 30 years serving as church pastor, his biological family, friends and his church family made sure it was a day to be remembered. Some were in attendance, others sent messages of congratulations, and many were included in a beautiful program and keepsake booklet marking the occasion.

A catered meal at Pontotoc Community Center was followed by a limousine ride to the church. Upon Rev. Mercer’s arrival, timeline entrance had been planned, which included the oldest church member and the first church member to join under his leadership as his escorts. Some church members who were involved with the youth activities when he arrived on the scene, now have children of their own.

A special part of the day was the dedication of a church library in Rev. Mercer’s honor, shared with his longtime mentor and friend, the late Rev. Joe Daniel Morton.

“We are going to call it the M & M Library,” Sherri said. Dozens of books were gifted to Rev. Mercer according to the wishes of Rev. Morton. Those books now take their place in the library of the Church where he pastors.

“In 30 years, I can really say, we have never had problems here. We may be small, but this church has a big heart,” Rev. Mercer said.